Tina Campbell has built an impressive career as a Gospel artist along with her sister, Erica Campbell, in the popular duo Mary Mary. In 2015, Tina embarked on her journey as a solo artist and released her album “It’s Personal”. The album went on to chart across the Billboard 200 chart, The Gospel chart and The Independent Music chart at 90,1,and 10 respectively.Now she’s back with an updated version of that hit album entitled, “It’s Still Personal”. Along with 3 all-new tracks, she has also re-worked some of the songs that were on the previous release for a new experience.Tina and husband Teddy have used their experience with marital infidelity to help minister to other married couples that may be having issues in their relationship. This candid look into their personal love life has been an inspiration and their perseverance has helped them to overcome many obstacles.The album is available for pre-order from all of the major digital music retailers and comes with two instant downloads of the songs “Too Hard Not To” and “Speak The Word” which also features her husband, Teddy Campbell.It will also feature Stevie Wonder and Thomasina “Honey” Atkins. Warryn Campbell serves at the producer and assists with songwriting for the majority of the project. 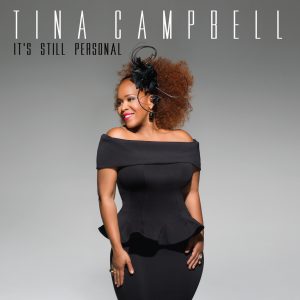 Tina Campbell is back with her new album It’s Still Personal which features 3 brand new tracks including “We Livin”, “Too Hard Not To” and “Evidence”. The song “We Livin” is a modern Gospel song that combines elements of hip hop instrumentation with traditional Gospel lyrics that will connect with the young people. The song is is very upbeat and can be easily choreographed by church dance groups. After the more traditional sound of her first single “Too Hard Not To”, “We Livin” is a nice change of pace that is sure to attract new listeners and fans.

Mary Mary reunites for a performance in the Holy Land, but as pressure mounts, Erica and Tina’s competitiveness may destroy their sisterhood forever. Don’t miss the final season premiere Thursday, September 28th at 9/8C! #MaryMary

Sneak Peek at “Life” from The Album Its Still Personal

A sneak peek at “Life” from the upcoming album by Tina Campbell #ItsStillPersonal. #GeeTreeCreative#MalacoRecords

Tina Campbell Live on Get Up! Mornings With Erica Campbell

Tina Campbell kicks of her media run for “It’s Still Personal” in Chicago, IL on Windy City Live and performs “It’s Too Hard Not To”.

Tina Campbell talks about her upcoming album release, the new season of the “Mary, Mary Show” and performs her new single “It’s Too Hard Not To” live on The Gospel Guru.