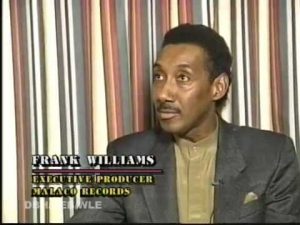 Although steeped in the gospel quartet tradition, Frank Williams of the Jackson Southernaires had such a great experience singing lead with the Florida Mass Choir on its 1987 Malaco Records release, Let the Holy Ghost Lead You, that he thought, “Why not gather the best voices from Mississippi into a mass choir for the Magnolia State?”

Williams shared his vision with Malaco executive Jerry Mannery, who gave him the green light to assemble the choir. First, Williams recruited David R. Curry as music director. He then invited the Reverend Benjamin Cone Jr. to be the choir’s spiritual director. Cone agreed on the condition that the choir extends an invitation of discipleship on every recording and concert.

After open auditions and months of rehearsals, the Mississippi Mass Choir recorded its debut album for Malaco on October 29, 1988, at the Jackson Municipal Auditorium. In addition to the thunderous auditorium-filling harmonies of the 100-voice choir, the album benefited from appearances by the Reverends Milton Biggham and James Moore, and Williams’ brother Huey as guest vocalists. The self-titled debut hit No. 1 on the Billboard Top Gospel Albums chart and set a gospel industry record for most consecutive weeks on the albums chart (45). It received four Stellar Awards as well as Dove and Soul Train Award nominations. The group was named Contemporary Choir of the Year and Best New Traditional Artist by the Gospel Music Workshop of America.

The follow-up album, God Gets the Glory (Malaco, 1991), was recorded at the Mississippi Coliseum in Jackson and followed the sonic formula of the debut: enthusiastic choral singing coupled with strong soloists and songs with traditional roots. Notable numbers were the two-part The Lord Keeps Blessing Me and the Darius Brooks-Margaret Douroux composition What Shall I Render.

The choir’s third release, It Remains to Be Seen, debuted on the Billboard Top Gospel Albums chart at No. 5 and topped it for a year, receiving a Soul Train Music Award as Best Gospel Album of 1994. The National Association of Recording Manufacturers named it the top seller in gospel music. Writing in Billboard, Lisa Collins noted that in just five years, the Mississippi Mass Choir had become “the preeminent force on gospel’s choir scene,” selling nearly 700,000 units for Malaco. But the accolades were bittersweet; It Remains to Be Seen turned out to be the last recording to feature founder Frank Williams, who passed away in March 1993. 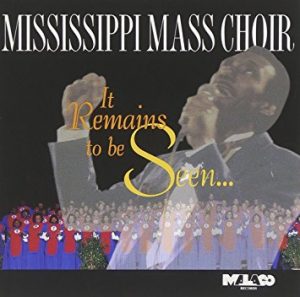 Visit the Malaco Gospel Facebook page to watch “It Remains To Be Seen” in it’s entirety for free! 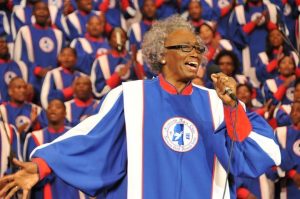 One of the choir’s best-known lead singers, Mosie “Mama” Burks, joined the following year. Since then, the octogenarian has led many of the choir’s roof-raising traditional fare, such as This Morning When I Rose and I Love to Praise Him. No Mississippi Mass Choir album is complete without a church wrecker led by Mama Burks.

The 1990s and 2000s found the choir touring the country and, fueled by more than 125 voices, producing more albums for Malaco. One of the most popular albums of this period was 1999’s Emmanuel: God with Us, featuring He Can Fix What’s Broke and the Mama Burks–led They Got the Word.

In 2008, the Mississippi Mass Choir recognized its 20th anniversary with a special live recording and companion DVD called The First Twenty Years. Its songs represented two decades of ministry and included titles such as Near the Cross and They Got the Word. 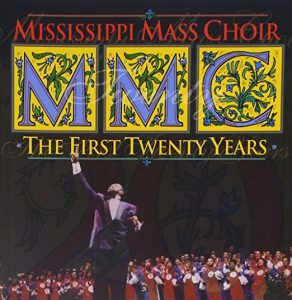 Watch “The First Twenty Years” on the Malaco Music Group Facebook page in its entirety! 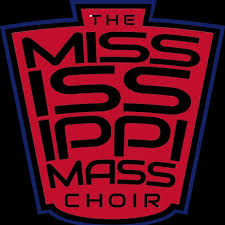 More recent offerings by the choir include …Then Sings My Soul (Malaco, 2010), with hits God Made Me, Lord, You’re the Landlord and the Luther Barnes–led He’ll Carry You. Declaration of Dependence (Malaco, 2014) featured a guest lead from Grammy Award–winner Le’Andria Johnson on God’s on Your Side.

After Reverend Benjamin Cone died in 2012, his son, Benjamin III, took the mantle as the top-selling choir’s spiritual advisor, associate director, songwriter and soloist. Now in its 30th year, the Mississippi Mass Choir continues to make standard hymns and new compositions of their own while remaining true to the traditional gospel choir sound that brought them safe thus far.

Stay Connected With The Choir via their Facebook Page: https://www.facebook.com/TMMC1/