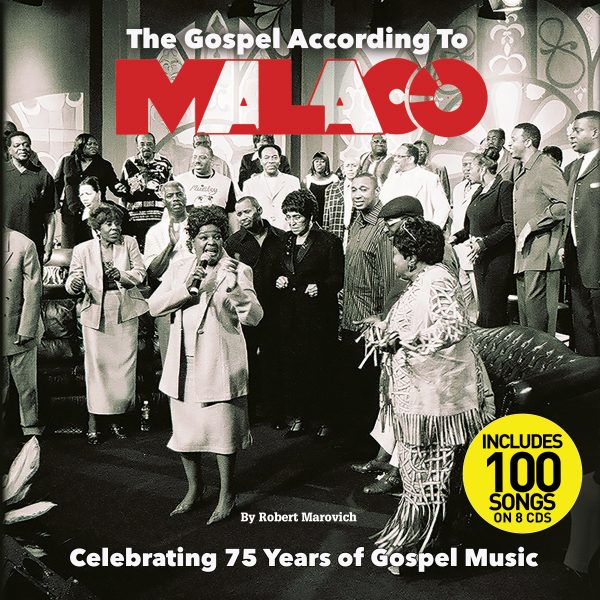 The Gospel According To Malaco,

The Gospel According To Malaco: Celebrating 75 Years Of Gospel Music

The Malaco Music Group has amassed the largest black gospel catalog in the world. Their new collection The Gospel According to Malaco: Celebrating 75 Years of Gospel Music in an unparalleled book and eight cd set which tells the story of gospel music over a seventy-five year period from the post-war years to the present. This is the first time this story has been told in size and scope, providing the history behind one of the most important genres in music. The compilation offers a number of hit recordings along with numerous musical treasures just waiting to be discovered. The collection includes Mahalia Jackson, Sister Rosetta Tharpe and Rev. James Cleveland, along with other notable artists such as The Gospel Keynotes, Solomon Burke, The Caravans and The Mississippi Mass Choir. This set is also one of the first, if not the first, to explore in depth the mass choir phenomenon that not only dominated gospel radio from the mid-1970s to the early 1990s but also produced many of today’s top-selling songwriters, soloists and musicians. Renowned author and researcher Robert Marovich tells the stories of the 100 recordings contained in the eight CD anthology.