Mr. Sipp has released the latest video from his upcoming album Knock A Hole In It.

“Stalking Me” tells the hilarious tale of a female fan that just won’t leave Sipp alone. The high-energy track is sure to keep people moving on the dance and make them crack a smile when listening this humorous cautionary tale. The visuals bring everything to life and show the versatility of Sipp as an artist.

Sipp’s guitar solo at the end is amazing and almost sounds like he’s letting it scream his frustrations about the situation for him. His trademark showmanship is also display and he spins and pulls out all kinds of tricks.

Knock A Hole In It will be released on April 7, 2017. It can be purchased on iTunes, Google Play, and Amazon. Don’t miss the second coming of the critically-acclaimed Mississippi Blues Child. 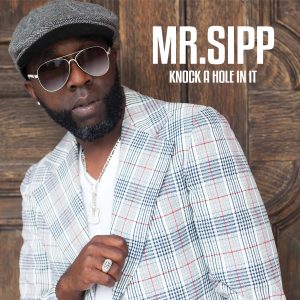