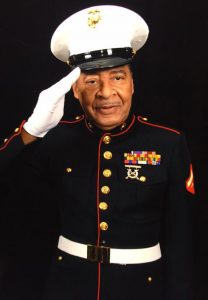 The Malaco Records Family is sadden to learn of the passing of one of its former employees, Herman Mannery.  Herman served as the warehouse manager here at Malaco, for a number of years after his retirement from the US Postal Service.  Herman was also the brother of our former Director of Gospel Music, Jerry Mannery.

The honoring of his life and legacy will be held at 11:00 a.m., Tuesday, February 12, at Aldersgate United Methodist Church, 655 Beasley Road, Jackson, Mississippi  39206.  Interment will immediately follow at The Mississippi Veteran’s Memorial Cemetery in Newton, Mississippi.

Visitation and public viewing will be held on Monday, February 11, at Lakeover Memorial Funeral Home, 1525 Beasley Road, Jackson, Mississippi from 1:00 p.m. to 7:00 p.m.  In lieu of flowers, the family is requesting that donations be made to Aldersgate United Methodist Church (Kariros Prison Ministry).