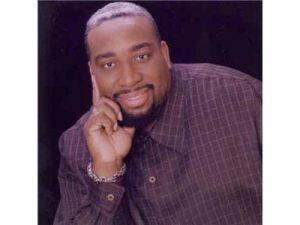 An early impetus for Bruce Parham’s career in gospel music came from his grandmother, who instructed her grandson in no uncertain terms to “Open up your mouth and sing!” Sing he did, before church congregations and annual gatherings at the Mt. Sinai Holy Church of America convention.

While appearing at the Gospel Music Workshop of America (GMWA) in St. Louis, Missouri, Parham caught the attention of music executives who signed him to a recording contract. In 1990, he appeared as a vocalist on the GMWA National Youth Mass Choir album (Sweet Rain Records) and the annual GMWA Mass Choir release (Savoy Records).

Parham and Praise Factor’s first album for Savoy was 1996’s This One’s for You. The following year, Parham benefited from the support of the Las Vegas Trinity Mass Choir on his Savoy album We Will Give You Praise, recorded live at the Greater St. Paul Church of God in Christ in Las Vegas. Also in 1997, Parham was present for Pastor John P. Kee’s Victory in Praise Music & Arts Seminar, where he contributed lead vocals on Fight Every Battle, which appeared on the resulting 1998 Verity album Any Day. Indeed, Parham has been, and continues to be, a frequent guest vocalist on recordings by gospel artists and church choirs.

In 2005, Parham released a solo effort, Hide Me, for Steven Ford’s indie label. Three years later, Emily and Troy Sneed’s Emtro Records released Parham’s Dwell Together, which produced the single Call Jesus and the equally popular He Won’t Fail. Parham’s most recent album, Your Presence, arrived in June 2018 on the We Here Now label.