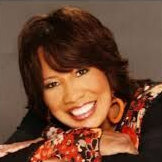 Known as the “Queen of Quartet,” Evelyn Turrentine-Agee is an award-winning gospel singer with a special place in her heart for the traditional gospel vocal harmony sound.

She was born Ruth Evelyn Tyler in St. Louis, Missouri, on February 4, 1946. She made her public singing debut at age three, performing alongside her quartet-singing father. As a teenager, she sang with two different family groups: the Tyler Singers and the all-female Tylerettes. After marrying and moving to Detroit in 1962, Evelyn joined the Gospel Echoettes, but their work was halted when a car accident killed their manager. Evelyn and other group members organized a new group called the Gospel Warriors and recorded the original version of God Did It. When Evelyn decided to go solo, the Gospel Warriors became her accompanying singers.

In 1992, Evelyn recorded her first national solo project, In God’s Own Time, for CGI/A&M Records. After several years of absence from the gospel music spotlight, Evelyn and the Warriors returned in early 2000 with God Did It. The performing rights organization BMI named the title track the most performed urban gospel song in 2001, and the album stayed on Billboard’s Top Gospel Albums chart for more than 30 weeks. This activity prompted a follow-up in 2002, Testimony: God Did It Live!, and the long form video Live in Detroit.

Atlanta International Records signed Evelyn in 2002, and her 2003 album for the label, It’s Already Done, featured a hip-slapping title track that became an audience favorite. The album earned Evelyn a 2004 Stellar Award for Traditional Female Vocalist of the Year.

More albums followed. In 2005, Evelyn released Go Through on Light Records. The year 2008 witnessed Double Exposure, a two-CD set on her own WOS (War On Sin) imprint. There’s Gonna Be a Meeting was released by Shanachie Records in 2010 and Born to Worship and One More Day for Ophir Gospel Records in 2013 and 2015, respectively.

Although a soloist, Evelyn’s style is firmly rooted in the traditional quartet style. She can sing just as hard and as passionately as any male quartet lead. Examples of her powerhouse singing can be heard on singles such as God Did It, It’s Already Done, Work It Out and Go Through.

Evelyn has also hosted her own radio show, the God Did It Radio Broadcast, and in 2008 became hostess of her own TV talk show, Reel Talk. She has received many awards and nominations, including two Stellar Awards, multiple Stellar nominations, a Soul Train Lady of Soul nomination and Favorite Female Vocalist from the American Gospel Quartet Convention.

But just as important has been Evelyn’s service to humankind. This includes founding the Love Center in Detroit to help at-risk youth; organizing the Phenomenal Women Network; and starting the War on Sin Choir to unify youth and adults in music ministry.