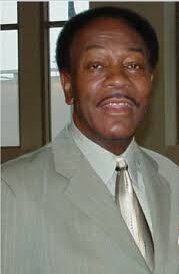 Charles Lee Fold, one of the most important gospel artists to come out of Cincinnati, Ohio, was born on June 4, 1938, in the African American suburb of Lincoln Heights.

As a child, Fold taught himself to play piano. In the 1950s, he parlayed that skill into an assignment accompanying James Cleveland and the Meditation Singers of Detroit. Fold later secured formal piano instruction at the University of Cincinnati’s Conservatory of Music. By age 22, he was accompanying the Cincinnati Youth and Young Adult Choral Unit.

Notwithstanding his piano skills, Fold had wanted to sing gospel music since the age of eight, when he heard the Cincinnati Choral Union of the National Convention of Gospel Choirs and Choruses. He pursued this interest by organizing and singing lead for a piano-led group called the Gospel Messengers. The group recorded one single in 1962 for Peacock Records: He’ll Fight Your Battles and Meet Me at the River of Jordan. Despite a very favorable review from Billboard, the single was the group’s only appearance on Peacock. The Gospel Messengers were not heard on record again until 1966, when they signed with Savoy Records. The title track of I’m Going to Make It, the group’s 1966 album for Gospel Records, a Savoy subsidiary, became one of the most popular songs in Fold’s repertory.

Fold later organized a choir called the Charles Fold Singers. The choir burst on the national scene when they teamed up with the Reverend James Cleveland on Jesus Is the Best Thing That Ever Happened to Me. A gospelized version of You’re the Best Thing That Ever Happened to Me, written in 1971 by Jim Weatherly and immortalized in 1974 by Gladys Knight and the Pips, was the title track of a double album recorded live at Cincinnati’s Bible Way Church of God in Christ. Released in 1975 on Savoy Records, the album maintained a steady presence on Billboard’s Top Spiritual Albums chart and was named the top gospel album of the year on Billboard’s 1976 Talent in Action list. It was the first of several Savoy LPs featuring Cleveland and the Charles Fold Singers.

Like the James Cleveland / Angelic Choir partnership of the 1960s, the James Cleveland / Charles Fold partnership provided music ministers with soulful performances and arrangements of songs that they could teach to their church choirs. Among their most memorable performances were Touch Me (1976), Tomorrow (1978), Never Will I Turn Back (1979) and Lord, Let Me Be an Instrument (1979). The latter song earned Cleveland and the Charles Fold Singers a Grammy Award in 1981 for Best Gospel Soul Performance, Traditional.

For decades, Fold was an active member of James Cleveland’s Gospel Music Workshop of America, serving as president of the Cincinnati chapter, board member of the national organization and co-chairman of the international chapters. The Charles Fold Singers were inducted into the International Gospel Music Hall of Fame in 2002.

In addition to touring and recording, Fold was minister of music at Lincoln Heights Missionary Baptist Church. He remained active in church and GMWA activities until he succumbed to a blood clot on April 7, 2006. He is buried at Landmark Memorial Gardens in Glendale, Ohio.