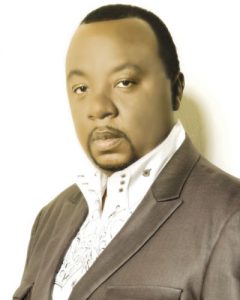 Born August 2, 1964, Suggs made his first appearance on a national recording in 1995 when he collaborated with the North Carolina Workshop Choir on the Ocean Records release Rain on Me. Presented by David R. Curry Jr., a charter member of the Mississippi Mass Choir who co-wrote the title track with Suggs, and featuring a vocal cameo by Evangelist Shirley Caesar, the live album hit the streets in 1996. It was an auspicious debut for the North Carolina native, but the best was yet to come.

When the terrorist attacks of September 11, 2001, roiled the American economy, many record companies, MCG among them, felt the financial fallout. To make ends meet, Bullard trimmed the company’s artist roster almost to the quick. Suggs found a new label home at Juana, the Jackson, Mississippi, imprint led by legendary R&B singer-songwriter Frederick Knight. Suggs and the Carolina Spirituals recorded two quartet projects for Juana: Everything Is Going to Be Alright (2003) and Lord I’m Sorry (2004). Both CDs offered southern soul–style quartet singing and contemporary arrangements of songs filled to the brim with wooden church wisdom.

By the mid-2000s, Suggs was back with MCG. Celebrate, Calvin Suggs & Friends’ first release after their return, landed on the Billboard Top Gospel Albums chart, peaking at No. 43 at the end of June 2008. The title track was the radio single but the album’s opening duet with Luther Barnes, His Glory, also made noise in the gospel music community.

Like Never Before (MCG) followed in 2010, but it was Suggs’ first project on his own Alegacy label, 2011’s traditional-flavored Glory Land, that brought him back to the gospel album chart. The album rose to No. 49 and earned Suggs Stellar Award nominations for Traditional Male Vocalist of the Year and Music Video of the Year—Short Format (with Michael Giancana) for Do Nothin’.

In July 2018, Suggs dropped his first solo record in seven years. The ironically titled single Wait on Him was drawn from his Alegacy project, Walking by Faith, released the following month. The album became Suggs’

biggest chart success to date when it cracked the Top 20 of the Billboard Top Gospel Albums chart in October.

In addition to his music ministry, Prophet Calvin Suggs is senior pastor of the Miracle Christian Center in Wilson, North Carolina, and owns WUBN, a 24-7, low-power FM gospel radio station located in Wilson