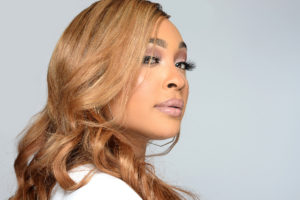 Adia is a philanthropist who loves people, invests in people and makes a difference in the lives of people.  Growing up in a family where music was a constant, soul-bearing singer, “Adia,” born Destiny Adia Andrews, has known music her entire life. Both of Adia’s parents are writers and musicians. They exposed her to the world of music at an early age. By the time she was four years old, she was already singing solos at her local church and by elementary school, writing and recording entire songs at her father’s studio. While attending high school, Adia formed an all-girl group called Limitless, with two of her best friends. Managed by her mother, the group performed at churches, festivals and talent shows throughout the southern/mid-western region. Once Adia graduated from high school, she was ready to launch a solo career and parted ways with the group.

Using her musical upbringing coupled with her experience singing in church, she released her premier single “Incomplete” in May of 2012 via Emerged Records. The song was first featured on the soundtrack of gospel artist, Deitrick Haddon’s film, “A Beautiful Soul” and charted at #10 on Billboard top 100. Later, in June of 2013, Adia signed a record deal with Xist Music, an urban division of Malaco Records and home to gospel legends Bebe and CeCe Winans and Tina Campbell, just to name a few. By 2014, Adia recorded her first studio album “Behind Enemy Lines” produced by Fred “Blaze” Crawford and gospel’s super producer, Jamel Kimbrough. The album went on to chart at number thirty-eight on Billboard. After a six year hiatus, Adia partnered with producer Marqus Curtis to create an organic, culture shifting body of work she believes will break new barriers and re-establish her presence in the faith-based music community. “Frontline,” the EP is scheduled to be released on all streaming platforms March 6, 2020 via her family-owned Independent Label “Limitless Entertainment”.