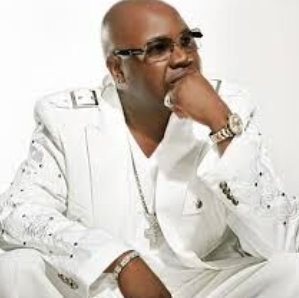 The title of Willie Clayton’s 2005 debut appearance on Malaco, The Last Man Standing (a reissue of a disc originally released on EndZone in 2002), was a statement of purpose as much as a boast: it reflected both his self-image and his reputation among longtime fans as a singer for whom upholding cherished soul values is a calling, as well as a calling card. Although Clayton’s babyfaced countenance, his supple voice with its mellifluous upper range and his willingness to incorporate modernist R&B and hip-hop influences into his studio production might seem to belie his “old school” claims, through the years he has mastered the art of looking fondly back and bravely forward, simultaneously avoiding the twin traps of trendiness and nostalgia. His vocal delivery, intense and smoldering with sensual heat, retains the church-honed graininess that characterized deep soul at its best, and he’s crafted a musical persona that rejects the pose of ironic detachment (so beloved of contemporary pop artists) in favor of emotional honesty.

Whether covering a classic like Johnnie Taylor’s Running Out of Lies (on 2006’s Gifted) or Ann Peebles’ I Can’t Stand the Rain (from Soul & Blues in 2008), or debuting fresh offerings destined to become standards in their own right (I Love Me Some You from The Last Man Standing; the smoldering Boom Boom Boom, also on Gifted; A Woman Knows, with its echoes of both Bobby “Blue” Bland and Johnnie Taylor, from 2008’s My Tyme), Clayton’s recordings have continually set and raised the bar for soul blues vocal excellence. As Johnnie Taylor was before him, he is the vocalist to whom virtually all male singers in the field are compared and whom they’re invariably accused of imitating, whether deservedly or not, when they tear off an especially expressive or soulful passage. Perhaps even more significantly, he’s managed to do it mostly on his own terms—he insists on retaining artistic control, selecting (and sometimes writing or co-writing) his own material, continually updating his production values to reflect contemporary tastes even as he remains true to the old-school soul sentiments and aesthetics he holds dear. His recordings are characterized by a deft fusion of vintage grit and modernist studio techniques, and his onstage persona—vulnerable, cocky and ironic—likewise combines the best of the church-honed soul tradition with an aggressive emotional bluntness that invokes hip-hop and contemporary R&B. Alongside programmed tracks and synthesizers, he flavors his songs with acoustic guitar lines, natural-sounding percussion fillips and other throwback reminders of soul music’s origins. His vocals, meanwhile, convey the timeless soul balance between sensuality and spirit.

Born in 1955 in the country outside of Indianola, Mississippi, Clayton was a prodigy—he was performing locally before he was ten years old, and within a few years he was touring and sharing stages with chitlin’ circuit celebrities like vocalist Ernie Johnson and guitarist Jimmy Liggins (Clayton made his first recordings on Liggins’ Duplex label before he turned 15). He moved to Chicago in 1969, and before long he met WVON DJ Pervis Spann, who also co-owed the Burning Spear, at the time one of the premier nightclubs on the city’s South Side. Spann began booking him as the opening act for the big-name soul and blues shows he’d bring into town, and he also hooked him up with Willie Mitchell, vice-president of Hi Records in Memphis and the studio Svengali who produced Al Green, Ann Peebles and other important ’70s-era soul stars. Clayton recorded some sides for the Hi subsidiary label Pawn, and while they made some local noise they didn’t chart nationally.

In fact, although he did eventually achieve modest chart success in the mid- and late ’80s (and returned to the charts briefly in 2009 and 2010), Clayton has never been a “mainstream” star in terms of record sales or chart recognition. Like many southern soul blues artists, he’s garnered his latter-day success by virtue of grit, determination and tireless roadwork as much as his undeniable (many would say peerless) gifts as a vocal stylist. Working in a genre where the very definition of “hit” can be vague, he has nonetheless amassed probably the music’s best-known catalog of modern standards, maintaining his altitude in the upper echelons of the southern soul firmament with scarcely a miscue or a lost opportunity. Willie Clayton, in other words, is the closest thing this scene has to a superstar, especially now that Johnnie Taylor and Marvin Sease have passed away. (It should be pointed out, by the way, that Clayton himself dislikes the “southern soul” appellation—his tour bus proclaims him as the “New King of Soul and Blues,” reflecting the title of his 2006 capstone CD for Malaco, another that could stand as a personal and artistic manifesto as well as the name of a recording.) His songs, his persona and his steadfast self-confidence and dedication continue to reflect his uncompromising insistence that “grown folks’ music,” as this kind of blues-tinged soul-R&B fusion is sometimes billed, can remain relevant in today’s youth-infatuated R&B market.

Portions of this bio are adapted from David Whiteis’ book Southern Soul-Blues (University of Illinois Press, 2013).