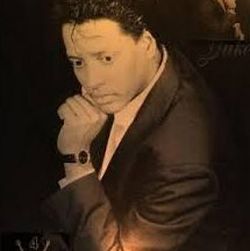 Robert “Duke” Tillman’s early credits include appearances with the likes of McKinley Mitchell and Archie Bell’s legendary back-up crew, the Drells. His own recording career began in the ’90s, when he recorded for fabled impresario Johnny Vincent’s Ace and Avanti labels; then, in 2000 he released the provocatively titled Coochie Whipped on the 4 Eversduke imprint.

Tillman’s smooth, high tenor croon recalls the style of legendary upper-range warblers like the late Ted Taylor, but he has a depth of timbre and emotional thrust all his own. That was the sound he brought to Malaco in 2003, when he released Still Thinking on Waldoxy. Outings like Woman, Lover, Friend and Ain’t That Loving You—spiky, dance floor friendly, yet delivered in Tillman’s soft-edged mewl—perfectly capture his disarmingly sexy meld of toughness and vulnerability; Let’s Get It On succeeds as both a tribute to Marvin Gaye (another of Tillman’s role models) and a rare, fully re-imagined version of the classic song; Been Loving You Too Long (not the Otis Redding standard) combines a bluesy, life-toughened storyline with Tillman’s trademark emotional openness and vulnerability—a good summation, in fact, of the uniqueness and depth of Robert Tillman’s gifts.