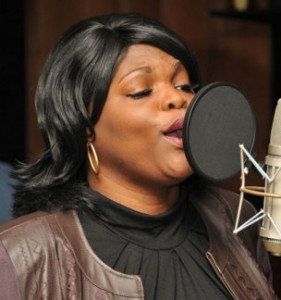 Vocalist Emily David, also known as Queen Emily, is a native of Houston, Texas. Emily sang her first solo in church when she was five years old. She later participated in her school choir and competed in local talent contests, notably winning a Sammy Davis Jr. Award at a competition in 1999. She eventually relocated to Stockton, California, and placed her musical aspirations on hold to raise her two daughters and two nephews.

Emily’s big break finally came in 2008, when she traveled to Los Angeles to audition for the NBC TV series America’s Got Talent. Then 40 years old, the singer captivated the judges and audience with her cover of Aretha Franklin’s Chain of Fools and ultimately finished fifth in the finals. The strength of her performance on the show prompted Tommy Couch Jr. to sign her to Malaco Records sight unseen. Her full-length solo debut, Queen Emily, was released in the UK in 2010; a US issue followed in 2014.

On Queen Emily, she lends her distinctive vocals to songs such as Bill Withers’ Use Me, George Jackson’s Throw Away Me, Charles Richard Cason’s Still Crazy and Frank Johnson’s There’s No Easy Way to Say Goodbye. Guitarists Reggie Young and Jimmy Johnson, keyboardist Clayton Ivey, bassist David Hood and drummer James Robertson are among the veteran session players on the disc while Harrison Calloway contributed horn arrangements, featuring saxophonists Jim Horn and Harvey Thompson. Frederick Knight also produced four of the album’s 12 tracks, including a version of his 1975 hit I Betcha Didn’t Know That. All of these elements showcase Emily’s rich, powerful voice to stunning effect, leading Living Blues critic Lee Hildebrand to call Queen Emily “the most satisfying southern soul album to have appeared in well over a decade.”