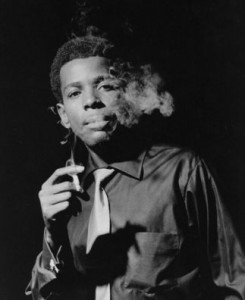 By 1970 the fledgling Malaco Records had its back to the wall financially. The partners had built a recording studio and had released a variety of singles, but they had not yet achieved any real commercial success. That was until New Orleans–based producer Wardell Quezergue brought soul singer King Floyd into the studio on May 17, 1970.

King Floyd was born in New Orleans on February 13, 1945, and was raised in nearby Kenner, Louisiana. Early childhood friends Earl King and Willie Tee were exploring music at the time, but it was singer Joseph Augustus a.k.a. Mr. Google Eyes who helped Floyd land his first paying gig at the Sho-Bar on Bourbon Street in 1961. After a stint in the army, Floyd landed in New York and worked as a vocalist and a songwriter. He next moved to Los Angeles and befriended fellow New Orleanian Harold Battiste. Floyd recorded his first single for the Original Sound label in 1965. His first LP, King Floyd: A Man in Need, was released on the Mercury Records subsidiary Pulsar in 1967.

After the record failed to gain popularity, Floyd returned to New Orleans in 1969 and took a job with the post office. It wasn’t long though before he ran into producer Wardell Quezergue and presented him with a song he had written while working in a Los Angeles box factory about a young co-worker he had a crush on. Quezergue quickly saw the song’s potential as a funky gem and dove into the arrangements.

From May 4 to May 8, 1970, Quezergue laid down the backing tracks for a series of sessions including King Floyd. This was the first time Malaco’s early ’70s house rhythm section joined forces. Drummer James Stroud, guitarist Jerry Puckett and bassist Vernie Robbins struggled with some of Quezergue’s hard funk arrangements but eventually perfected them. On May 17 King Floyd, Jean Knight, Joe Wilson, Bonnie and Sheila and the Barons Ltd. all made the trek north from the Crescent City to Jackson to lay down vocals on the waiting backing tracks. This day changed everything for Malaco Records. Not only did Floyd nail the vocals on his soon to be smash hit Groove Me in one take, but Jean Knight laid down Mr. Big Stuff the same afternoon.

Tommy Couch, Mitch Malouf and Jerry Puckett headed to Memphis with the masters to pitch the sides to one of the big label A&R men in the city. Unfortunately Don Davis of Stax and Jerry Wexler of Atlantic both passed on all the sides. Couch and crew returned to Jackson defeated but determined to put the sides out themselves, and with the encouragement of local WOKJ DJ Joe Lewis, Malaco started a new label called Chimneyville Records. Released in August of 1970, What Our Love Needs b/w Groove Me (Chimneyville 435) was the label’s first single. King Floyd’s friend and New Orleans DJ George Vinnett took the brand new 45 r.p.m. to his niece’s dance party that night and decided to give it a spin. As Floyd recalled, Vinnett called him while on the air: “He woke me up at about 5:30 in the morning and he said . . . ‘Ladies and gentlemen, here’s the pick of the week,’ and he hit Groove Me. I said, ‘No! George, you’re playing the wrong side.’ I’m screaming through the phone and he said, “What a record!’ I said, ‘No, George, you’re playing the wrong side.’ He said, ‘Oh no, I took the record out to my niece’s party. They didn’t play anything else but that all night and I had to leave one of the records with them. Man, that’s a major hit. That’s a monster, King. Watch what I am telling you!’” Soon Jerry Wexler at Atlantic heard the buzz and revised his earlier decision. They agreed to a distribution deal and by Christmastime Groove Me had hit No. 1 on the Billboard R&B charts and No. 6 on the pop charts, going gold on Christmas day.

King Floyd and Malaco followed with a string of hit singles over the next five years including Baby Let Me Kiss You (a No. 29 Billboard Top 40 hit) What Our Love Needs, Woman Don’t Go Away and 1975’s We Can Love, a duet produced by Eddie Floyd featuring labelmate Dorothy Moore. Floyd’s output at Malaco included three LPs for Chimneyville, King Floyd, Well Done and Body English, and 2000’s Old Skool Funk on Malaco.

The story of Groove Me, King Floyd and Malaco Records will forever be intertwined. Over the years Malaco Records went on to score hundreds of hits by dozens of other artists, but there can never be anything sweeter and more important than the first one. That guttural grunt King Floyd thrusts forth on the opening line of Groove Me was like a match in a fireworks factory . . . it didn’t make all the noise, but it started the whole thing off.