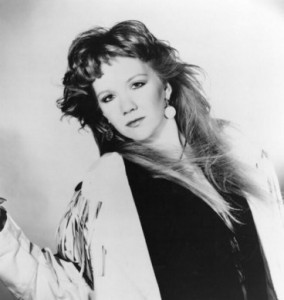 Vocalist Keri Leigh was first exposed to the blues in her hometown of Birmingham, Alabama. In 1982, when she was 13, her family moved to Oklahoma, where Leigh began to sneak into local clubs and sing on open mic nights. This experience was cut short, however, when at age 16 she had to have surgery to remove nodes from her vocal cords. She spent the next several years pursuing writing rather than singing, but her love of music never waned. She found work as a critic for a local newspaper by day and was an AOR radio DJ by night.

In 1989 she helped found the Oklahoma Blues Society and during one of their local jam sessions she was encouraged to sing again. She quickly discovered that she still had it, and she joined the local Brownston Blues Band. During this time Leigh met her future husband, guitarist Mark Lyon. The two moved to Austin in 1990 and joined the hotbed of blues activity going on there at the time. The pair formed Keri Leigh and the Blue Devils and soon found themselves a regular at Antone’s blues club. During this time Leigh was also working with guitarist Stevie Ray Vaughan on his autobiography. When Vaughan was killed in a helicopter crash in 1990, Leigh took over the project and published Stevie Ray Vaughan: Soul to Soul in 1993.

After releasing two records on the local Amazing Records, Leigh’s contract and masters were purchased by the Malaco subsidiary Waldoxy Records in 1994. Her record Arrival was recorded at the Muscle Shoals Sound Studio and includes seven tracks written by she and Lyons, as well as cuts from Sugar Pie DeSanto, Sly Stone, Gregg Allman and Koko Taylor. Released in 1995 this album displays Keri Leigh’s powerful, Janis Joplin–like vocals at their finest.