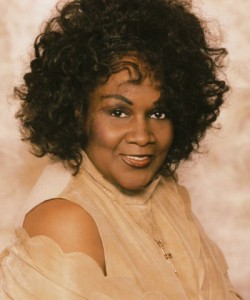 Vocalist Keisa Brown was born in Jackson, Mississippi, in 1947. As a young girl she and her family moved to Chicago, where she got her start singing in school and church choirs. In her 20s her powerful voice caught the ear of a music producer at a talent show, and afterwards she relocated to Los Angeles to further her career.

Five on the Black Hand Side. Produced by H.B. Barnum, the title track and They Keep Comin’ were issued as a single by United Artists Records. In 1985 she released her first full-length album, Keisa Brown, on Frederick Knight’s Park Place imprint, beginning a musical partnership with Knight that lasted well into the next decade. During this time Brown performed as a headlining artist both stateside and abroad, and also sang backing vocals for Tom Jones, Gladys Knight, Patti LaBelle, Tina Turner and Boyz II Men, among others.

In 1999 Brown joined the Malaco Records roster, where she again collaborated with Frederick Knight on The Keisa Brown Collection. A showcase for her rich, assured alto, the compilation album collected some of her best-known songs, such as I’ve Been Lonely for So Long, I Betcha Didn’t Know That and Some Bridges Need Burning alongside new material like Fly on the Wall. Knight produced the recording and composed most of the songs, while Fly on the Wall was co-written by Knight with Brown.