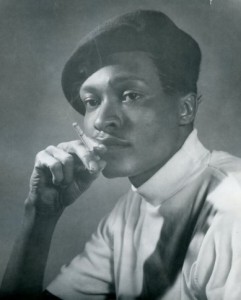 George Jackson was a prolific tunesmith and lyricist responsible for many well-known songs in such diverse genres as deep soul, modern soul blues, rock ’n’ roll and pop—upwards of 2,000 compositions in all. Over the course of his career, he also recorded some memorable sides under his own name.

Jackson was born on March 12, 1945, in Indianola, Mississippi. He moved to Greenville, Mississippi, with his family in 1950, and by his teens he was dabbling in songwriting. In 1963, he cut his first single, Won’t Nobody Cha-Cha With Me / Who Was That Guy, at Cosimo Matassa’s studio in New Orleans under the auspices of Ike Turner and released it on Turner’s Prann label. He soon relocated to Memphis, where he recorded some sides on small local labels and formed the short-lived Gre-Jac imprint with fellow songwriter Dan Greer.

In Memphis, Jackson also did some work for Quinton Claunch’s Goldwax label (he penned the Ovations’ It’s Wonderful to Be In Love) and with Willie Mitchell at Hi. But he really came into his own after Rick Hall signed him on as a staff songwriter at FAME Music in Muscle Shoals, Alabama. At FAME, Jackson continued to record under his own name; one single, That’s How Much You Mean to Me, hit No. 48 R&B in 1970. But he focused increasingly on writing for others. He garnered successes with Clarence Carter (Too Weak to Fight (1968), Snatching It Back (1969) and I Can’t Leave Your Love Alone (1970)) and Wilson Pickett (A Man and a Half (1968)). He also penned several of Candi Staton’s most important sides, including 1969’s I’d Rather Be an Old Man’s Sweetheart (than a Young Man’s Fool) and Too Hurt to Cry (from 1971). When MGM sent the Osmonds to FAME in search of a hit, the family group recorded One Bad Apple, a song Jackson had originally written with the Jackson 5 in mind; it became an international best-seller in 1971. (The follow-up, another George Jackson song named Double Lovin’, had originally been a minor hit for Spencer Wiggins on FAME in 1970.)

Even as Jackson continued to score more hits for others (e.g., George Soule’s Get Involved in 1973), he also recorded sides of his own—his tribute Aretha, Sing One for Me on Hi made No. 38 R&B in 1972. Later in the ’70s, he moved from FAME to nearby Muscle Shoals Sounds, where—his versatility on display—he penned Old Time Rock & Roll, Bob Seger’s smash single, and James Brown’s It’s Too Funky In Here, among others. He also made more recordings of his own, many of them demos, which would remain unissued for years.

In the early ’80s, Z.Z. Hill’s recording of Jackson’s Down Home Blues (and its follow-up, Cheating In the Next Room) on Malaco helped usher in the hybrid blues, old-school/new-school soul fusion that eventually became dubbed “soul blues” or “southern soul.” Malaco soon hired Jackson as a staff songwriter, and he went on to create important songs for Little Milton (Annie Mae’s Café, Strugglin’ Lady), Denise LaSalle (Wet Match, Give Me Yo’ Most Strongest Whiskey), Johnnie Taylor (Last Two Dollars, Wall to Wall) and many, many others.

Jackson also continued to record on his own, most notably for Senator Jones, proprietor of the Hep’ Me label; those sessions have been released as Heart to Heart Collect on Black Grape. In 2002, Jackson’s long-lost Muscle Shoals sessions came to light when Grapevine issued George Jackson at Muscle Shoals. A few years later, Grapevine followed that up with more Jackson Muscle Shoals rarities on What Would Your Mama Say? Along with the Kent label’s Jackson reissues—’70s-era Memphis recordings (George Jackson in Memphis, 1972–77), his FAME tapes (Don’t Count Me Out, Let the Best Man Win)—these compilations ensure that Jackson’s own gifts as a stylist, as well as his universally acknowledged genius as a songwriter, will be remembered and cherished for years to come.

George Jackson died on April 14, 2013, after a lengthy bout with cancer, a venerated figure in popular music and a beloved member of the Malaco family. He was 68 years old.

Portions of this bio are adapted from David Whiteis’ 2013 George Jackson obituary in Living Blues magazine.