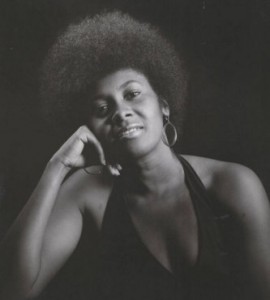 Ever since her recording of Misty Blue took the charts by storm in the mid-1970s, Dorothy Moore’s stunning, deeply felt vocals have enthralled listeners worldwide. A native of Jackson, Mississippi, Moore was born on October 13, 1946. Her father, J. B. Mance, sings with the gospel group the Soul Consolators, and her mother Mary also sang in church. When she was three, Moore’s mother discovered she had vocal talent, and at age five Moore’s great-grandmother, who raised her, introduced her to singing in the choir of the New Strangers’ Home Baptist Church in Jackson.

Growing up, Moore listened to gospel performers such as Shirley Caesar and the Caravans, and later to R&B singers Aretha Franklin, Gladys Knight and the Supremes. As a teenager she participated in talent contests around the city at venues like the Alamo Theatre, where her repeated wins earned her notice and a recording contract offer. Following graduation from Lanier High School, she enrolled at Jackson State University, and while there she formed a vocal group, the Poppies, with Petsye McCune and Rosemary Taylor. Their Billy Sherrill–produced single Lullaby of Love was a hit for Epic Records in 1966, charting at No. 56 on the Billboard Hot 100.

In the early 1970s Moore began recording background vocals for artists such as King Floyd and Jean Knight. She enjoyed her first solo chart success in 1973 with the No. 79 Billboard R&B single Cry Like a Baby, which was produced by Jerry Puckett for Malaco Productions and released on the GSF label. In 1975 she released We Can Love with King Floyd on Malaco’s Chimneyville subsidiary, which reached No. 76 R&B, and she signed a solo contract with Malaco Records that same year.

Moore’s debut solo album, Misty Blue, was a massive hit. Released in 1976, it reached No. 10 on Billboard’s R&B Albums chart and No. 29 on the Billboard 200. Originally recorded in 1973—in one take—Moore’s beautiful cover of the Bob Montgomery–penned title track was issued in 1975, and it peaked at No. 2 on R&B Singles, No. 14 on Adult Contemporary and No. 3 on the Hot 100. The single was an international smash as well, charting in the top ten in the United Kingdom, Canada, Australia and New Zealand. Nominated for a Grammy, Misty Blue ultimately sold over 2 million copies. Her version of Willie Nelson’s Funny How Time Slips Away was also successful, reaching No. 7 R&B, No. 46 Adult Contemporary and No. 58 on the Hot 100. Produced by Tommy Couch, James Stroud and Wolf Stephenson, the backing musicians included the Muscle Shoals Horns and the Malaco Rhythm Section, with string and horn arrangements by Wardell Quezergue.

Her next album, Dorothy Moore, was released in 1977. Featuring many of the same personnel as her previous release, it rose to No. 26 on R&B Albums and No. 120 on the Billboard 200. The Grammy-nominated I Believe You, written by Dick and Don Addrisi, notched No. 5 R&B, No. 24 Adult Contemporary and No. 27 on the Hot 100. Other popular singles included Frederick Knight’s For Old Time’s Sake, which made the R&B chart at No. 53. His Let the Music Play also charted on R&B at No. 50 and Dance Music at No. 32. 1-2-3 (You and Me), written by George Fischoff, peaked at No. 93 R&B, while Bobby Goldsboro’s With Pen in Hand, featuring spoken vocals by Moore’s daughter Formeka, rose to No. 12 R&B.

Once Moore with Feeling followed in 1978, and Couch, Stroud and Stephenson reconvened as producers. Sam Dees’ lushly romantic Special Occasion charted at No. 30 R&B, and the yearning (We Need More) Loving Time, co-written by Joe Shamwell, A.D. Prestage and Charles McCullough, at No. 81.

Tom Collins served as producer for Moore’s next release, Definitely Dorothy, which appeared in 1978. Carol Anderson and Robert Parsons’ wistful Once or Twice, the murky soul of Mac Rebennack’s Rain, and Jim Weatherly’s affecting Mississippi Song are among the album’s highlights.

Moore’s contract with Malaco expired in 1980, and she spent the next decade recording releases for other labels. After returning to Malaco in 1990, she issued Feel the Love later that year. The record brought Moore back to the charts in 1991, reaching No. 49 on Billboard’s R&B Albums, while her single All Night Blue, written by Ava Aldridge and Cindy Richardson, peaked at No. 75 R&B. Other standout tracks include her rousing cover of Dickey Lee Lipscomb’s He Thinks I Still Care and her tender rendering of Jimmy Lewis’ If You’ll Give Me Your Heart. Produced by Couch and Stephenson, the album counted the Muscle Shoals Rhythm Section and Horns among its supporting players.

Stay Close to Home was released in 1992, and Frederick Knight produced the album alongside Couch and Stephenson. Knight penned the title track and Till the End of Time and co-wrote I Betcha Didn’t Know That and It’s Rainin’ on My Side of the Bed with Sam Dees.

Moore’s most recent album for Malaco is More Moore. Couch and Stephenson produced the 1996 set, and Moore and company turned out masterful versions of songs such as David James’ Lie to Me, Larry Addison’s It Ain’t Over ’Til Your Heart Says Goodbye and Bob Johnson’s Why Is Leavin’ You So Hard to Do.

Other Malaco offerings featuring Moore include the compilations Misty Blue & Other Greatest Hits (1996), Songs to Love By (601 Records, 1998) and Malaco Soul Sisters (2010), a collection of rare and unreleased solo sides recorded in the 1970s by Moore and Jewel Bass.

A lifelong resident of Jackson, Moore continues to perform and release recordings. Among her many honors—including multiple Grammy and Blues Music Award nominations—is a 1996 Mississippi Governor’s Award for Excellence in the Arts. She is a member of the Mississippi Musicians Hall of Fame and the Rhythm and Blues Music Hall of Fame.