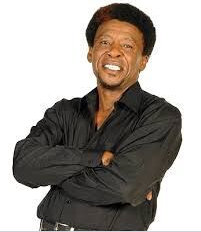 Southern soul singer David Brinston arrived on the scene in 1996 with the hit song Hit and Run and followed that with Party (’Till the Lights Go Out). Since then he has released over a dozen albums on a variety of labels.

Brinston was born in 1959 in Marks, Mississippi, on the edge of the Mississippi Delta. Over the past 20 years he has honed his rich, Al Green–inspired voice into one of the most popular acts on the chitlin’ circuit today, prompting writer Lee Hildebrand to write in Living Blues magazine, “There’s no denying the sexiness that oozes through David Brinston’s mewling tenor vocals . . .”

After the folks at Malaco heard his opening act at a live recording of a Marvin Sease concert in Montgomery, Alabama, Malaco Records signed him in 2005 and released Rockin’ on the label’s Waldoxy subsidiary that same year. The album’s lead single was the L.E. Stokes–penned title track, and it also included the dance floor workout Junk In the Trunk.

David Brinston continues to perform regularly at concerts and festivals throughout the South.