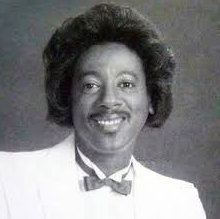 Vocalist Chuck Strong was born in Selma, Alabama, in 1962. He began his performing career as a member of the Oasis Band, a local ensemble managed by Ace Anderson. Later, Strong was the lead singer for Bobby Moore and the Rhythm Aces, and he eventually became an opening act for artists such as Johnnie Taylor and Tyrone Davis. His first single, You Beat Me at My Game Like a Lady, was issued by Venture Records in 1979, and his debut album, Love Don’t Change Overnight, followed on Team Records in 1986.

After several more releases on various imprints, Strong signed with Waldoxy Records, and 3-N-A-Bed appeared on the label in 2002. Strong served as executive producer, penned three of the ten songs and co-wrote I Was Checking Out She’s Checking In with Richard Cason. Cason also contributed production and composed the title track, the strutting Southern Girl and the ballad You’re All the Woman I Need. Covers of the Homer Banks / Carl Hampton / Raymond Jackson classic If Loving You Is Wrong and William Bell’s I Forgot to Be Your Lover allow Strong’s sweet tenor to shine.

Strong’s next Waldoxy release was Let’s Get Back Together in 2004. Cason and Morris Williams provided production for the album, and guitarist Billy Ray Charles was among the backing musicians. Cason wrote five of the ten tracks—including the popular, risqué Rock That Man In the Boat and the stirring I’ll Still Be Lovin’ You—and Williams co-wrote Ex Love Next Love with John Cummings.

Faithful to a Married Woman is Strong’s most recent record for Waldoxy. Cason and Hense Powell produced the 2009 release, with Lucius Parr and Gemi Taylor sharing guitar duties. Three of the 12 songs are Cason compositions, and he collaborated with Strong on the title track and She Had to Do Bad. Robert Conerly’s Big Women Make the Best Lovers is sultry and smooth, and Gene Chandler’s Rainbow proves ideally suited to Strong’s voice.

Strong’s recording of Rock That Man In the Boat also appears on the 2007 Waldoxy compilation Southern Soul Radio.