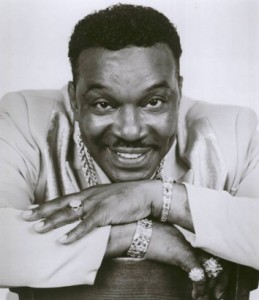 Vocalist Carl Sims was born on October 18, 1949, in Memphis, Tennessee. Sims initially became interested in music while attending Porter Junior High School, where he participated in a group called the Mustangs. By the age of 16 he was singing with the Bar-Kays, and when Otis Redding chose them for his backing band, Sims would open for him. Tragically, Sims’ time with the ensemble was cut short by the 1967 plane crash that took the lives of Redding and Bar-Kays members Ronnie Caldwell, Carl Cunningham, Phalon Jones and Jimmie King. Sims and James Alexander had taken a separate commercial flight, and after they returned to Memphis with crash survivor Ben Cauley, Sims struck out on his own.

He released his first single Pity a Fool / The Word Is Out, circa 1967, on Dan Greer’s Wet Paint label and followed with several other singles with Greer on his Beale Street Records. Sims spent the 1970s singing in groups such as Steel, Element of the Universe and Fiesta, as well as performing solo. In the early 1980s Sims met Denise LaSalle, and he toured as her opening act for four years. She encouraged his solo career, and his single Seventeen Days of Loving, released by Edge Records in 1988, proved very popular. His first album, House of Love, was issued on the Paula label in 1995, and featured Kenny Wayne Shepherd on guitar.

In the late 1990s Sims signed with Waldoxy Records, and Let Me Be the One followed in 1998. Rich Cason served as the album’s producer, and guitarists Butch Bonner and Billy Ray Charles contributed to the sessions. Cason wrote or co-wrote six of the album’s ten songs, like the smooth, soulful I Never Had It and Don’t Leave, a ballad he penned with Sims and Quinn Golden.

Sims’ next Waldoxy record, M & M Man, appeared in 2001. Harrison Calloway produced the album, and guitarist Mike Russell and horn players Vinnie Ciesielski and Charles Rose were among the backing musicians. Calloway also co-wrote four tracks with Rue Davis, including I’m Gonna Tell My Wife (And My Woman Too). Sims re-recorded his own Trapped and Seventeen Days of Loving for this release, and his warm, rough-edged vocals enliven songs such as George Jackson’s I’m Sending You Back to Him and the rousing Homer Banks / Don Davis / Russell Jackson composition Mr. Nobody Is Somebody Now.

After several more recordings on various labels, CDS Records released Hell On My Hands in 2011. Guitarist Ron Johnson and vocalist Renee Caldwell co-wrote four of the songs, and collaborated with Sims on Go On. Raphael Saadiq’s funky Thinkin’ About You, Willie Hutch’s I Choose You and Sims’ Just One Night are all album highlights.

Sims’ songs also appear on three Malaco Records compilations. Two Lumps of Sugar is included on the six-disc collection The Last Soul Company: Malaco, A 30-Year Retrospective, and Walk By on the two-disc version. I’m Sending You Back to Him is featured on America’s Most Wanted, Volume 1: Malaco Soul Fugitives.