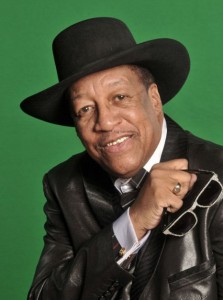 Vocalist Billy “Soul” Bonds grew up in Brisco, Arkansas, not far from the legendary deep-blues axis of Clarksdale, Mississippi, and Helena, Arkansas. He first recorded in the mid-’80s on M&T, and for the better part of the next two decades he continued to release material on various independent labels, traveling the hardscrabble southern circuit of clubs and show lounges, slowly building his reputation as a soulful vocalist (hence his stage name) with an impish, often risqué sense of humor.

But it wasn’t until he joined Malaco/Waldoxy and released Scat Cat, Here Kitty, Kitty on the 2006 Here Kitty, Kitty CD that he became a household name. That song, with its playful sexual innuendo laid over an ironically romantic ballad backing, became the year’s biggest soul blues hit, and in the process it sparked a virtual cottage industry of songs about men’s “dogs” satisfying, craving, subduing or otherwise impressing themselves on women’s “cats.” But Bonds is no one-theme wonder: his funk-toughened love ballads (It Took Someone Like You, Wedding Song, She’s the Woman I Love [This is It]) are both danceable and romantic in the great slow jam tradition, and in performance he continues to show himself as a versatile entertainer in command of an emotional palette that’s both wide and deep.