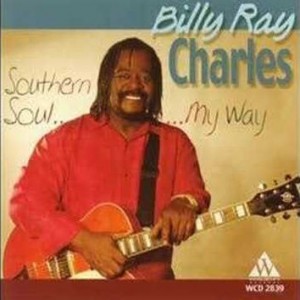 Vocalist/guitarist Billy Ray Charles was mentored by the late Jimmy Lewis, an integral part of the Malaco creative team in the 1980s and early ’90s. Charles’ first few CDs were on Lewis’ Miss Butch label. In 2005, he made his debut on Waldoxy with Southern Soul . . . My Way, which featured his personalized combination of musical sophistication and gritty lyric realism with such titles as There’s a Rat Loose In My House, Southern Girls Got the Booty and Baby Mama Drama.

But don’t be deceived—beneath the playa’s pose beats the heart of a romantic. On a steamy boudoir ballad like I Wanna Give You My Love, Charles croons and murmurs endearments with the muscular tenderness of a juke joint Barry White, inhabiting the world-hardened Lothario persona that remains irresistible on the southern circuit, where women are often the music’s most enthusiastic audience.