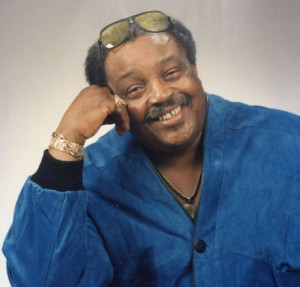 Artie “Blues Boy” White helped bridge the gap between the blues of the postwar era and the contemporary hybrid soul blues style. His thick, vibrato-heavy vocals reflected his early church roots, and he always preferred “live” instrumentation to synthesized beats and tracks, yet the rhythmic propulsiveness of his recordings and the up-to-the-minute sonic immediacy of their production—to say nothing of the brawny horn charts that often accompanied him—made clear the influence of newer, more soul-oriented stylings.

White was born on April 16, 1937, either in or near the city of Vicksburg, Mississippi. He sang gospel as a youth, and after moving to Chicago in the mid-1950s, he worked with such local gospel groups as the Full Gospel Wonders and the Sensational True Lights (out of Hopewell Baptist Church at 65th and Cottage Grove). But by the time he began to record in about 1968, he’d crossed over into secular music. His first significant record was (You Are My) Leanin’ Tree by Chicago songwriter Bob Jones, issued on the ALTee label in 1977. It peaked at No. 99 on the national R&B charts. Although he never had another chart single, he recorded and toured consistently until health problems finally slowed him down. A few of his albums made the national R&B charts; several of his singles (I’m Gonna Marry My Mother-In-Law from Different Shades of Blue, his 1994 Malaco/Waldoxy debut; Your Man Is Home Tonight from Home Tonight in 1997) became popular along the southern soul blues circuit and have since become standards. His final recording for Malaco/Waldoxy was Can We Get Together in 1999.

seriously as he took his blues; nonetheless, his onstage persona reflected the classic bluesman’s swagger. Sporting gold chains, he stood loose-limbed at the microphone with a casualness bordering on arrogance, engaging his audience in ribald repartee; his grainy baritone croon was shot through with sinewy machismo. The lyric content of his songs often seemed to confirm his image as a seasoned player, gritty and street-tough, wounded by love but still cocky and ready to let the good times roll.

In Chicago, White was as well-known for his entrepreneurial spirit as he was for his music. He operated several nightclubs between the 1970s and early ’90s, and later he launched his own Achilltown label, on which he released several CDs under his own name.

Artie White died on Saturday, April 20, 2013, four days after his 76th birthday. He represented, and continues to represent, a continuum across genres and generations, a still-vital indication that “keeping the blues alive” in the community where it was born is more than a fantasy. When his longtime friend Little Milton declared in song that “the blues is alright . . . and it’s here to stay,” he was simply reaffirming a truth that Artie exemplified, and which his recorded legacy continues to make clear.