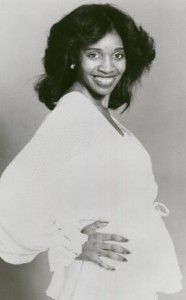 Vocalist Anita Ward was born on December 20, 1956, in Memphis, Tennessee. The oldest of five siblings, music long held an interest for her. She attended Rust College in Holly Springs, Mississippi, where she performed in the a cappella choir. During her time as a student, the ensemble participated in the recording of I Wish I Knew How It Would Feel to Be Free, an album of spirituals with soprano Leontyne Price. Ward also released a record with her own gospel quartet. Graduating with a degree in psychology, she went on to become a substitute elementary school teacher in Memphis.

The lure of a singing career proved too strong for Ward, however, and her manager introduced her to producer and singer–songwriter Frederick Knight. At first Knight agreed to produce a three-song demo, but he was so impressed with Ward’s voice that he ultimately recorded a full-length LP with her. As they were completing the sessions, they decided the album needed one more song, and Knight offered her Ring My Bell, a teen-oriented number he had originally composed for the young singer Stacy Lattisaw. Though not keen on the track, Ward recorded it with rewritten lyrics, and Knight accompanied her on keyboards and percussion.

Their gamble paid off. Released in May 1979 on Knight’s Juana imprint, Ring My Bell became a number one hit that summer. The disco-ready anthem, crowned by chimes and Ward’s fluttery soprano, topped Billboard’s Hot 100, Hot Disco Singles and Hot Soul Singles charts. Her subsequent album, Songs of Love, followed in June and was likewise successful, reaching No. 8 on Billboard’s Top LPs and Tapes and No. 2 on Top Soul LPs. Another record, Sweet Surrender, followed on the label later that year, with the single Don’t Drop My Love peaking at No. 87 on the Hot 100.

In 2005 Malaco Records released Ring My Bell, a collection of songs from Ward’s two Juana albums, on its 601 subsidiary. Ring My Bell is also included on the Malaco compilation The Last Soul Company: Malaco, A Thirty-Year Retrospective.

Ward currently lives in her hometown of Memphis, and still performs on occasion.